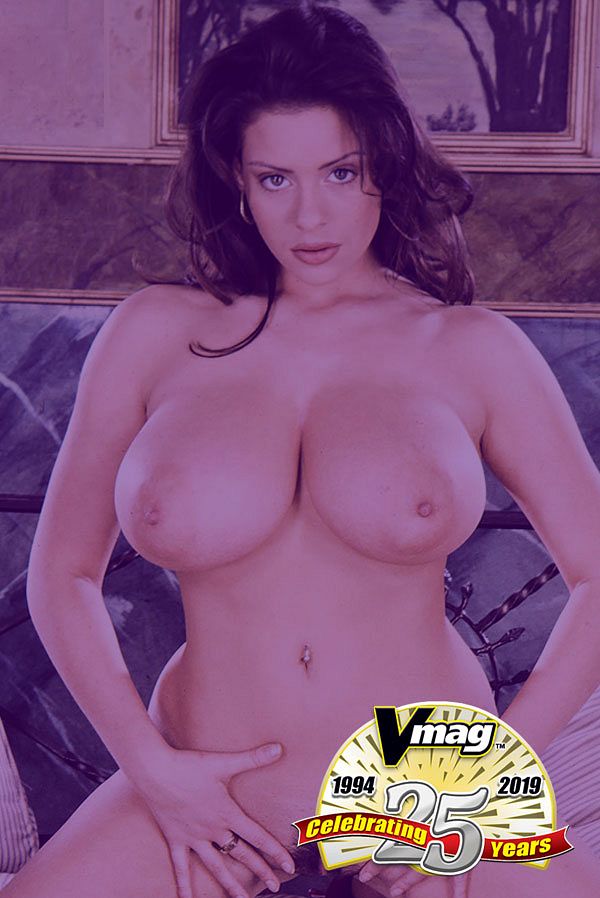 The first issue of Voluptuous magazine was cover-dated Spring 1994. Long before the electronic wonders of the World Wide Web (remember that term?), magazines were king, followed by VHS tapes. There were many freelance photographers, especially in England, supplying photo sets of big-boobed girls in addition to the London studio staff run by John Graham. That's why British models ruled during the 1990s. Please note that not every V-mag model from that decade is pictured in this gallery.

"There were a few driving forces behind the genesis of the magazine," recalled editor-in-chief and publisher John Fox.

"By 1994, there was a growing pushback against the novelty of the super-busty augmentations, especially coming from the UK but it was a sentiment that was growing worldwide amongst many breast aficionados.

"In addition, we were discovering and shooting a lot of new models every month who qualified. In other words, we had an abundance of content. And, as a young, aggressive company, we were looking to expand our portfolio. Doing so within the big-bust niche seemed logical.

"Two years earlier, we'd had some rough patches when we launched SCORE, but by 1994, when Voluptuous launched, we had an orderly workflow in place, we had gained confidence in our ability to succeed and because of SCORE's success, we had the support of our distributors to expand.

"The editor and the art director did the heavy lifting as far as designing and assembling the issue. Before and throughout the entire process, the three of us did a lot of brainstorming. We decided to go with the 'All Stacked, All Natural, All Plump' sub-title, and that ended up causing a lot of debates as far as the model selection process was concerned and what kinds of girls would be in the magazine.

"The next several issues featured Lisa Miller, another German model named Michaela, Rhonda Baxter, Danni Ashe and then, near the end of 1995, Chloe Vevrier on the covers, so those were the types of great natural models that defined the magazine."

All of the photos in this gallery are labeled with the girl's name and, in most of them, the magazine they appeared in.